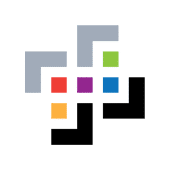 How investors can take advantage of Natural Gas

One important reason why natural gas is an important inversion is because its versatile usage as a fuel. When investing in Natural 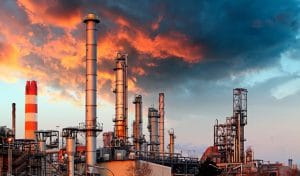 Advances and researches have made easier the development of new inventions in oil mining in crucial sectors as geologic, mining, telecommunication and 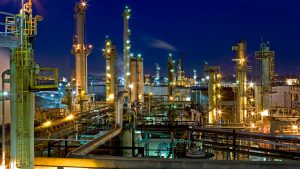 Gas sweetening as an environment-friendly process

Gas dehydration consists of water extraction which is associated with its steam and free form. This process corresponds to the second phase of its treatment.

In first instance, the hydrocarbon extracted from the reservoir is stored in a multiple to be transported to treatment plants, where it first goes through a sweetening process and then to the dehydration phase.

The process follows said order for two important factors, the first one responds to the necessity of eliminating sour components from the gas stream in order to be transported, and the second, it’s because during sweetening water can be generated, which already is present in the stream and is also damaging for the result.

In general, water or steam content, as well as the content of condensable hydrocarbons, result unfavorable for gas transporting through pipelines, because it could cause obstructions, affecting production levels.

Why is gas dehydration needed?

The main reason why natural gas goes through said process is to avoid hydrates formation, which are white crystalline compounds similar to snow and that are formed by the relation of 10 % of light hydrocarbons or sour gases and 90 % of liquid water.

Hydrates formation occurs anytime natural gas contains water and this gets condensed inside the pipeline or any other recipient in which it is transported.

To avoid hydrates formation, high pressure and low temperature are required; that is to say, to each pressure value corresponds a temperature value that is under the one in which said component is formed if humidity exists.

Dehydrate gas, is actually lower its dew point until temperatures lower than 32 °F. This is done through a process that uses as absorbers solid of liquid agents.

Hydrates formation is also prevented through suppressing substances, like methanol, injections in the gas stream. Once formed, the hydrates cannot be eliminated, the only way out is to withdraw them from the pipe.

Get Quote One Touch

Manage Cookie Consent
To provide the best experiences, we use technologies like cookies to store and/or access device information. Consenting to these technologies will allow us to process data such as browsing behavior or unique IDs on this site. Not consenting or withdrawing consent, may adversely affect certain features and functions.
Manage optionsManage servicesManage vendorsRead more about these purposes
View preferences
{title}{title}{title}
Commodities by TradingView